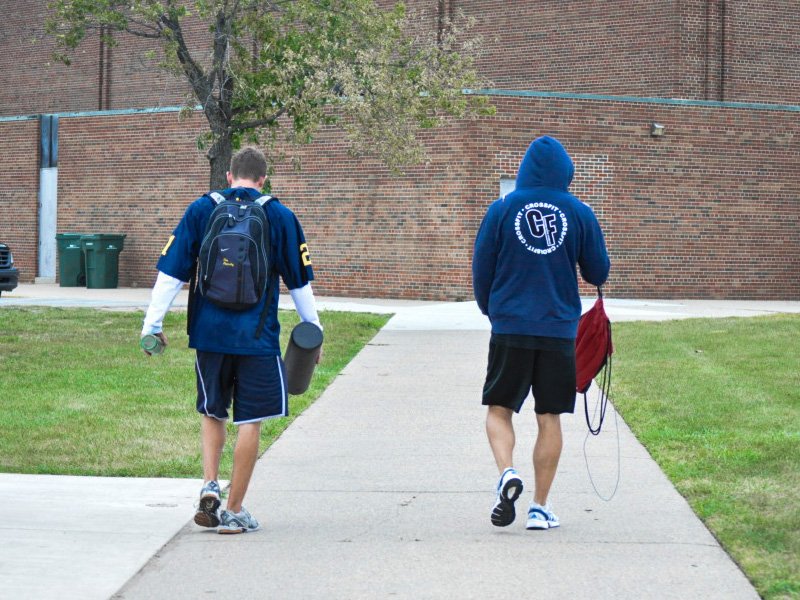 In 2010, Brian Hassler and I were invited to help coach Track and Field at Bishop Foley High School in Madison Heights, MI. I was 20 years old and playing college basketball, while Brian served as the Athletic Trainer at the school (also my alma mater). While the numbers on the team were low, we knew that could be an advantage regarding how much attention we could give our athletes. This proved to be critical later in the year.

Mike Rossman was a senior who finished 4th in the Division III state finals the previous year in the 400m dash. He knew me from our grade school days at St. Dennis and he trusted Brian, so when we asked him if we could change some things about his form he was about as open as anyone could be; which is kind of odd considering the lack of experience coming from Brian and myself.

I ran track in high school, but never took it as serious as basketball or football. I was good compared to local competition but not ready to compete at the state level. Brian, on the other hand, was a 215-lb. teddy bear who lifted heavy things while listening to Jack Johnson. His only track experience was 20 years earlier when he went out for one high school meet, mistakenly all-out sprinted the first 200 meters of a 400, died for a minute, then quit running forever. At the time we accepted the coaching job, we both had been doing CrossFit for four-and-a-half years. Our knowledge in running was limited to CFJ video clips, Dr. Romanov’s companion DVD of Pose Drills, and Brian Mackenzie’s CrossFit Endurance website. Those, it turned out, made all the difference.

About the Author: Chris Sinagoga is the owner of the Champions Club/CrossFit Athletic Group in Madison Heights, MI, whose obsession with coaching CrossFit is only surpassed by his obsession with the game of basketball. Chris is heavily influenced by MGoBlog and Hip Hop and writes for the Champions Club website. Among other prestigious credentials, he has achieved certified master status in both Pokémon Red and Gold versions. Contact Coach Chris Sinagoga for more information and training.

The Rise of Matthew Dellavedova, the Playoffs’ Unlikely Star and Biggest Pest

The Track and Field Experiment

The Dangers of Overstriding—and How to Stop It

A Logical Look at the “Endurance Base”

The Track and Field Experiment
Scroll to top