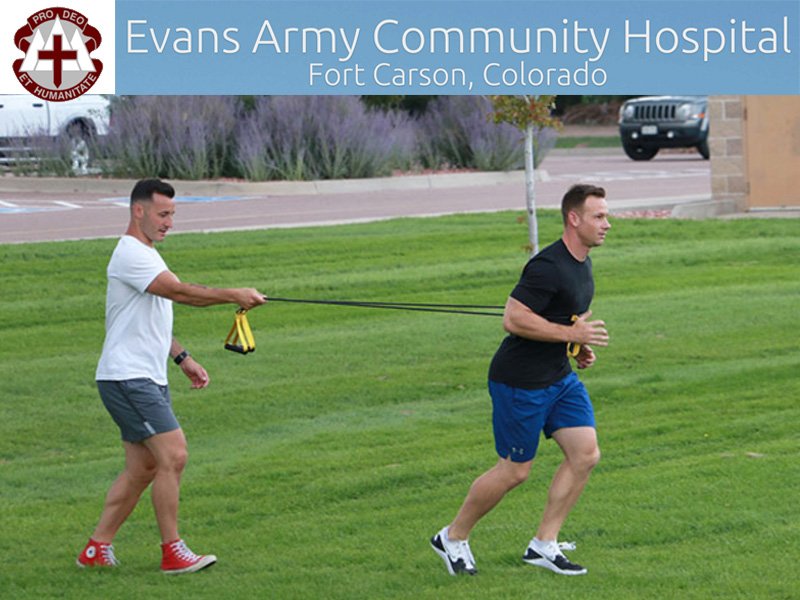 Students of the first Pose Method running class evaluate mock students training to improve their running pose recently at the Army Wellness Center, Fort Carson, Colorado. The Pose Method for runner is being offered to Soldiers to become faster runners, improve endurance and reduce injuries. Once the class completed the training, they became certified to conduct the Pose Method of running within their units.

Fort Carson Soldiers will soon see changes in physical fitness programs as they prepare for the newest changes in the Army Physical Fitness Test and training. These changes include tailored plans to prevent injuries, reduce pain and boost speed.

Students gathered at the Army Wellness Center behind Iron Horse Sports and Fitness Center, Fort Carson, Colorado, recently to learn the Pose Method for running, a program designed to evaluate a runner’s stride and make improvements.

Not only did these students learn the method, they learned it from two of the Army’s top officials in training and doctrine who are responsible for writing the regulation that will govern the program as it is implemented throughout the Army.

“Based on demands from commanders to improve Soldier performance readiness, we are teaching the Pose Method, a version of a running skill,” said Lt. Col. David Feltwell, command physical therapist, Center for Initial Military Training, Training and Doctrine Command, Joint Base Langley-Eustis, Virginia. “This running skill will be a part of the Army’s new holistic health and fitness system and doctrine.”

Soldiers have heard rumors for years about a new fitness test and finally saw the test unveiled earlier this year. Much like the Physical Readiness Training program, commonly known as PRT, the Pose Method will be incorporated into physical training to teach Soldiers how to be more energy efficient while running.

Want to join the discussion?
Feel free to contribute!

This site uses Akismet to reduce spam. Learn how your comment data is processed.